THE COMET IS COMING. 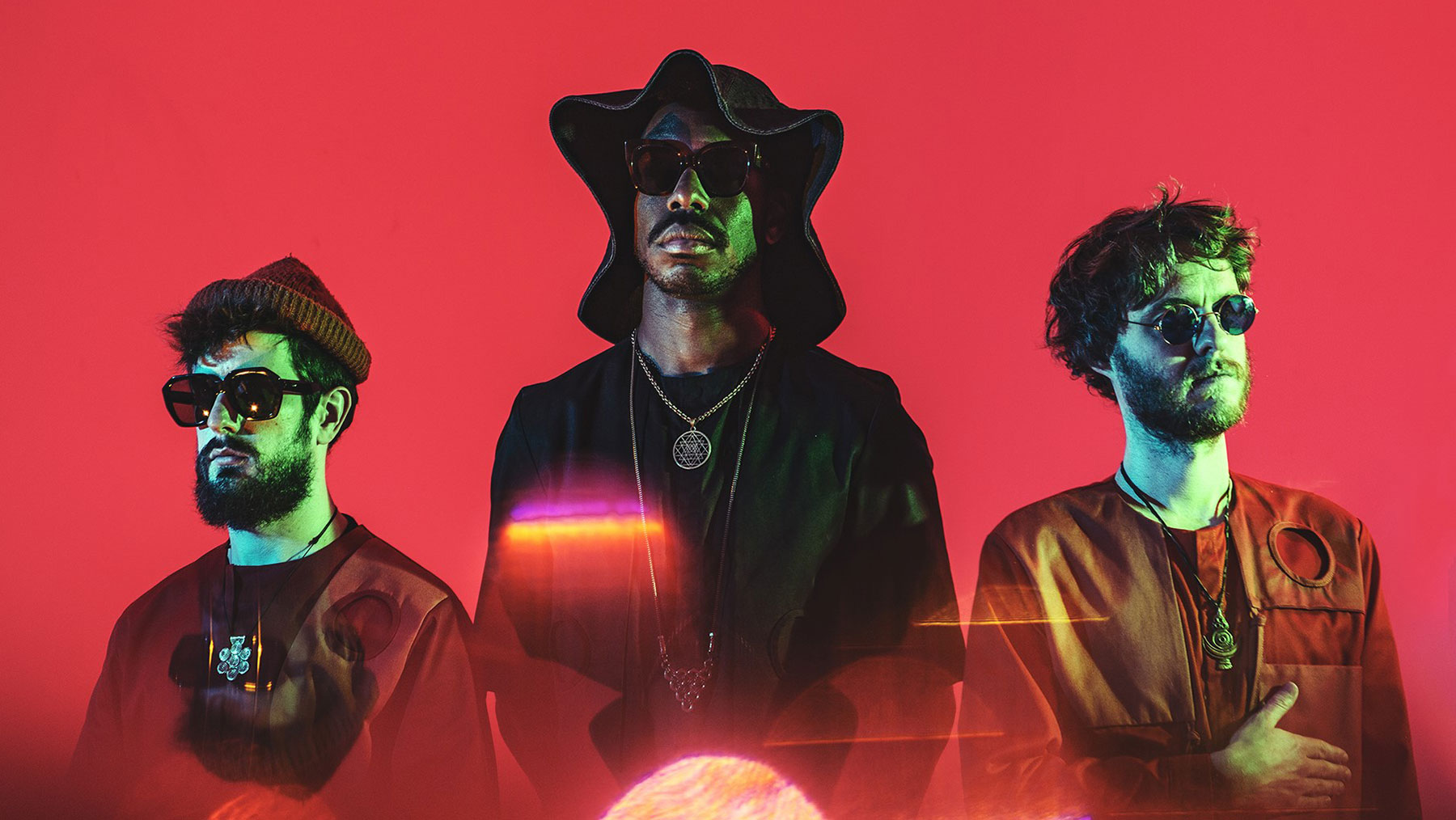 The Comet is Coming is a prophetic approach to what the music of a new world could be, in search of a primordial root of sound. The three London musicians Shabaka Hutchings (Sons of Kemet, Shabaka & The Ancestors, Melt Yourself Down), Danalogue and Betamax (Soccer96) – have created a linguistic interweaving that brings together the expressive codes of Sun Ra, Frank Zappa and Jimi Hendrix. On the occasion of their first album “Channel the soirits” in 2016, the Guardian defined their style as “fusion of jazz, Afrobeat and electronica in an improvisational, intergalactic mash-up”.

The Comet is Coming project has definitively established itself on the international scene with the album entitled “Trust In The Lifeforce Of The Deep Mystery”. A record considered by critics as the best album of 2019, which traces intangible lines of space-time connection, in an uncontrollable musical loop that intertwines jazz, psychedelia, funk and electronics.

Their live show is a real journey in which the three musicians have a prophetic approach to what could be called the music of a new world.